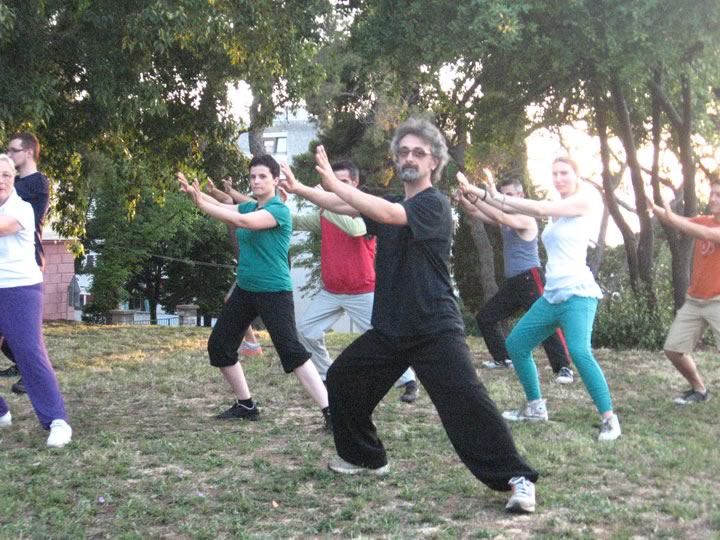 Center of Oriental Arts Yuan Tong is an association whose aim is to promote and spread mostly Chinese culture and also traditional arts from other euroasian cultures. The emphasis is on skills related to care about the health and development of consciousness such as soft martial arts (Taiji Quan) and Qi Gong. In addition to these skills, our aim is to present and closer to other forms of Chinese culture such as traditional medicine, feng shui, calligraphy and Chinese language.

Center Yuan Tong originated from Tai Chi Club “Pula”, the first such club in Istria (1999) and leads the tradition of Taiji Quan and Qi Gong in Istria and beyond.

Tai Ji Quan (Tai Chi Chuan) is centuries old Chinese martial art that is today popular as a method of motion applied to achieve good health and the self-defense, as a moving meditation and spiritual practice.

The name Tai Ji Quan can be translated as the culmination of fighting skills and the culmination of movement skills. It is a skill that in the performance of movement and martial arts technique follows the principles of Tai Ji (Superior Perfection) and by improving balance of Yin and Yang duality, again leads to a state of perfect harmony.

In Center Yuan Tong we teach the three Taiji styles: Chen, Yang and Woo, but mostly Chen from vilage of Chenjiagou, the birthplace of Taiji Quan

Chen style is original style from which the all other styles have evolved. It has fully retained its martial character. The characteristic of style are the spiral movements and changes of soft and slow movements with quick and explosive (Fa Jing) .Other characteristic is the wealth of methods and forms with bare hands, arms and exercises in pairs.

One of the typical methods of Taiji Quan are exercises in pairs Tui shou or pushing palms. The Chen style has five methods of these exercises. And at the end, the San Shou or free fighting. 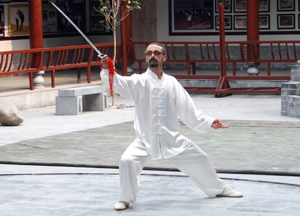 The president and chief instructor of the Center Yuan Tong. Mastered in August 2011 in Chen Jiagou in China, the birthplace of Taiji Quan, with his teacher Master Zhu Tiancai, one of the four greatest living masters of Taiji Quan and one of the four Jinggans, keeper of traditions, from the village of Chen Jiagou. Previously completed a three-year school for Taiji Quan instructors  and two-year Qi Gong school at Dao Yuan Academy of Genoa. David Petrovic was the Croatian champion in Taiji Quan year 2013 in the forms of bare hands and weapons forms and winner of international gold medals in Taiji Quan forms. He holds a black belt and is a certified teacher in FIWUK-in (Federazione Italiana Wushu Kung Fu), the Reiki master and exelent therapist specialized in many types of massage, especially oriental, Tui Na and Shiatsu treatments. In his youth an active musician, David has also turned his love for music into research of sound as a therapeutic medium.